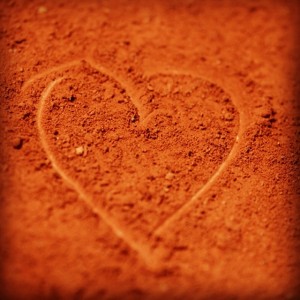 So the French Open is now over. Stats usually reveal what truly happened. Wawrinka hit an amazing number of winners. 60 in the final, 60 in the semi final and only 43 in his quarter final.  Serena by comparison hit 34, 37 and 39 in her 3 final matches. For me, one of the most revealing stats is the comparison of winners v unforced errors. I find that in most matches the winner of the match has a higher winner number than errors number. This again was true in this years world championship clay court tournament in Paris. From the quarter finals on in mens and womens singles there were a total of 14 matches. 9 of these matches had the ultimate winner of the match finish with more winners than errors whilst the loser finished with more errors than winners. So the exceptions were the other five matches.  They were Federer losing to Wawrinka but finishing with 28 winners to 26 errors; Bacsinszky losing to Serena finishing with 26 winners to 24 errors; Ferrer losing to Murray but finishing with 43 winners to 42 errors; Errani losing to Serena but finishing with only 9 winners to only 7 errors and Uytvanck losing to Bacsinszky finishing with 28 winners to 21 errors. Errani’s low numbers indicate her tactics. Make hardly any errors and wait for the opponent to make a mistake. This usually works well against many players, but not against the super stars who are prepared to play aggressively. Look at Stan with his 60 winners. Just to give you an idea, using 4 points needed to win one game, his 60 winners equates to 15 games….almost three sets. So as long as his error count stays below his winners, he virtually cannot lose the match. And why is that 5 players had more winners than errors, but still lost ?  I believe it shows how good a player they are; that they played within themselves and did not try to do more than what their skill levels are. It is not easy to maintain this balance when you are playing a great player (and probably losing at the time). The five players who lost these matches….I believe played great tennis.  Good tactics and great percentages. Why did they lose ? Simply because they played a better player.  So there is nothing wrong in losing to a better player, but you need to make sure that they do have to beat you……not you beat yourself and you hand the match to them. These 5 players had  a minimum of errors; that means that their opponent had to work to win the match.